A trip to the azores allowed me to undertake some photography at sea.

We started with a trip looking for whales and dolphins and weren't disappointed. We manged to see Sowerby's beaked whales, Northern Bottlenose whales and Sperm Whales.

The Sperm Whale below had a small (!) baby - you can just see it in front of the adult below: 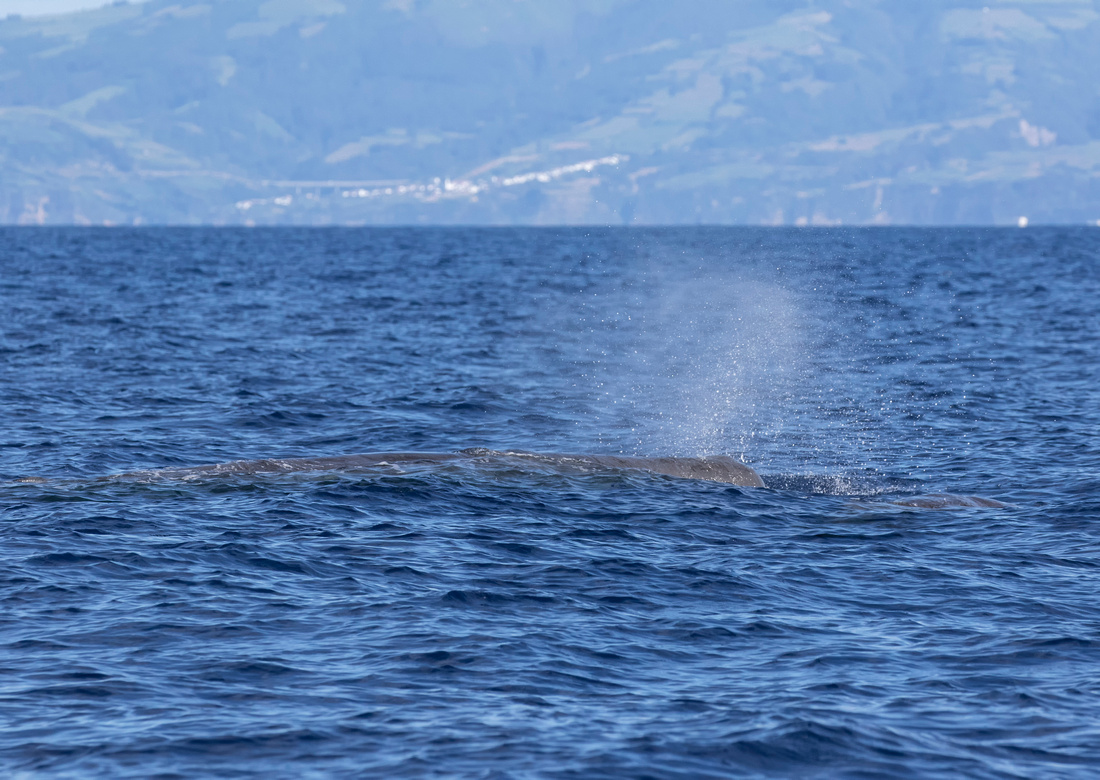 The Northern Bottlenose Whale was a real treat - we got very lucky as it was the first time it had been seen in the azores for 2 years and our guide hadn't seen one for 5 years - right place right time! 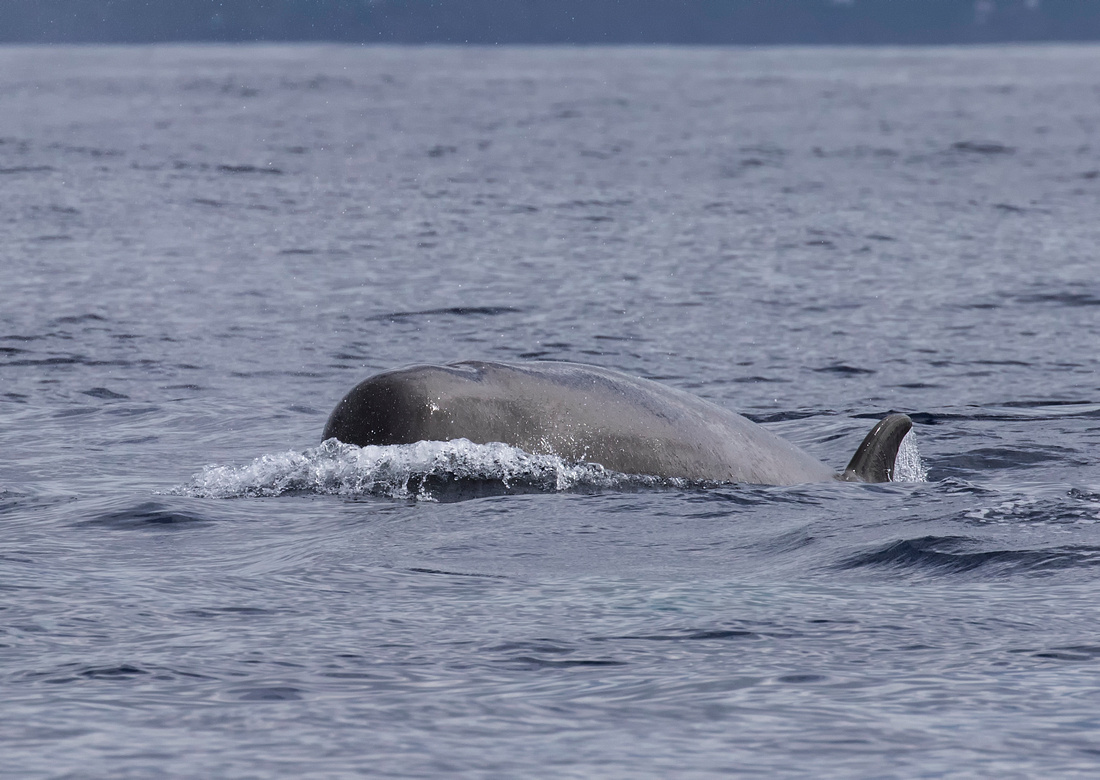 The biggest problem I had with the dolphins was fitting them into the frame when photographing them! (That and focussing on them when they popped up before they went back down again). They were very close to the boat and great to watch. 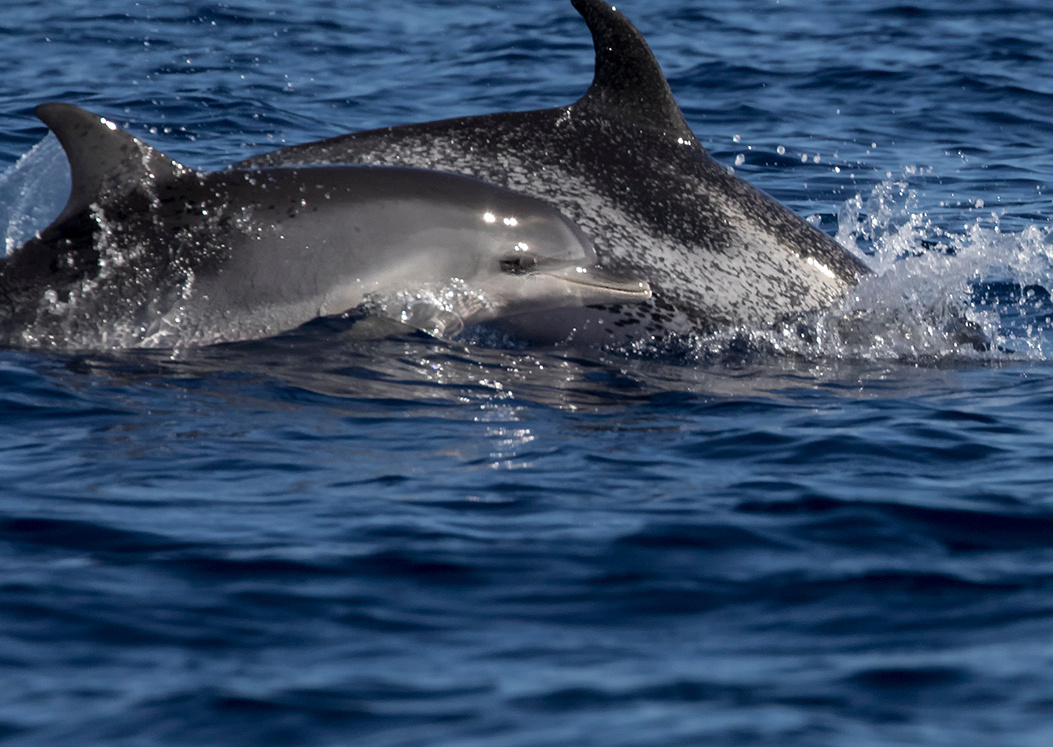 As well as looking for Cetaceans we also were hopeful of seeing shearwaters and petrels. We weren't disappointed - there were Cory's Shearwaters everywhere: 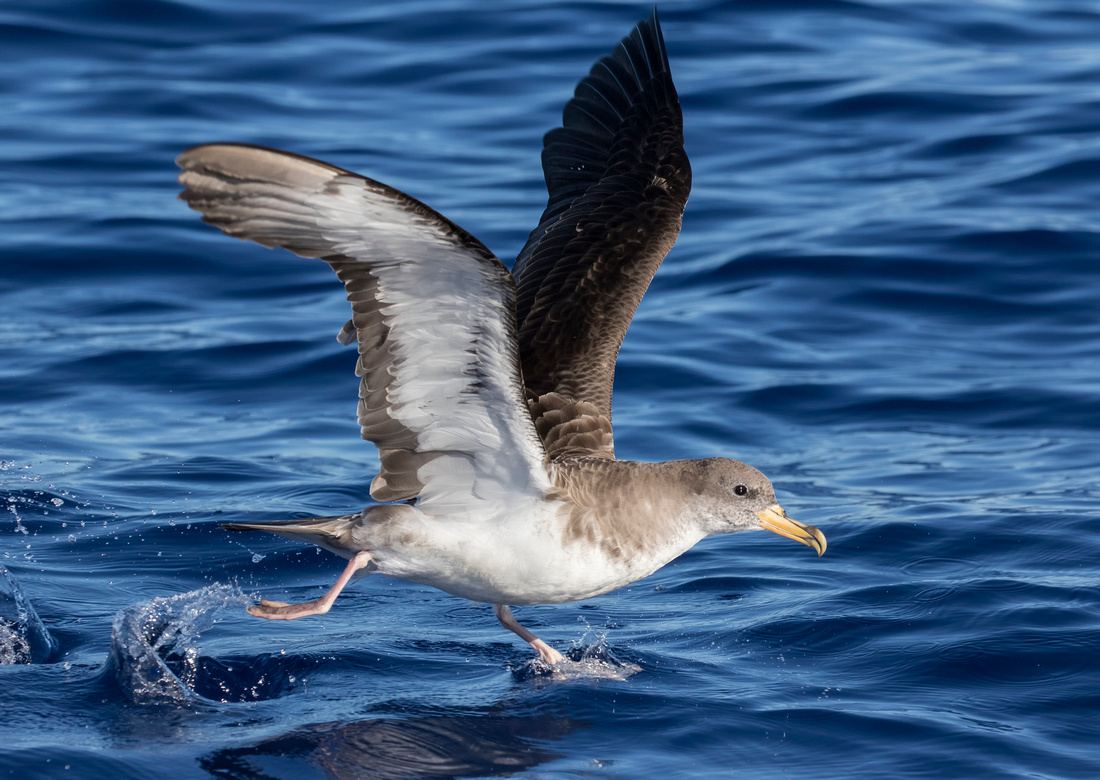 Whilst the Shearwater's were relatively easy to photograph the Petrel's were not. Someone asked me recently what my favourite photo I had taken was. I was unsure at the time. Now it is this photo that I took of a Bullwer’s petrel. Nothing special about it at first glance but it is the hardest photo I’ve ever taken. It was taken from a speeding RIB doing 30 knots (35mph) and we were being bounced all over the place. The bird was flying full speed and darting around unpredictably. Of the 60+ shots I took the bird wasn’t even in the picture for half of them! (Got some nice floor and sky shots!). Added to this challenge was the fact that I was wearig a face mask that kept making my viewer steam up and the button on my camera that allows you to change focus points is broken meaning I had to rely on one single focus point! Like I said it won’t win any awards but to get a shot in focus of a bird I’d never seen before under those conditions made me so happy 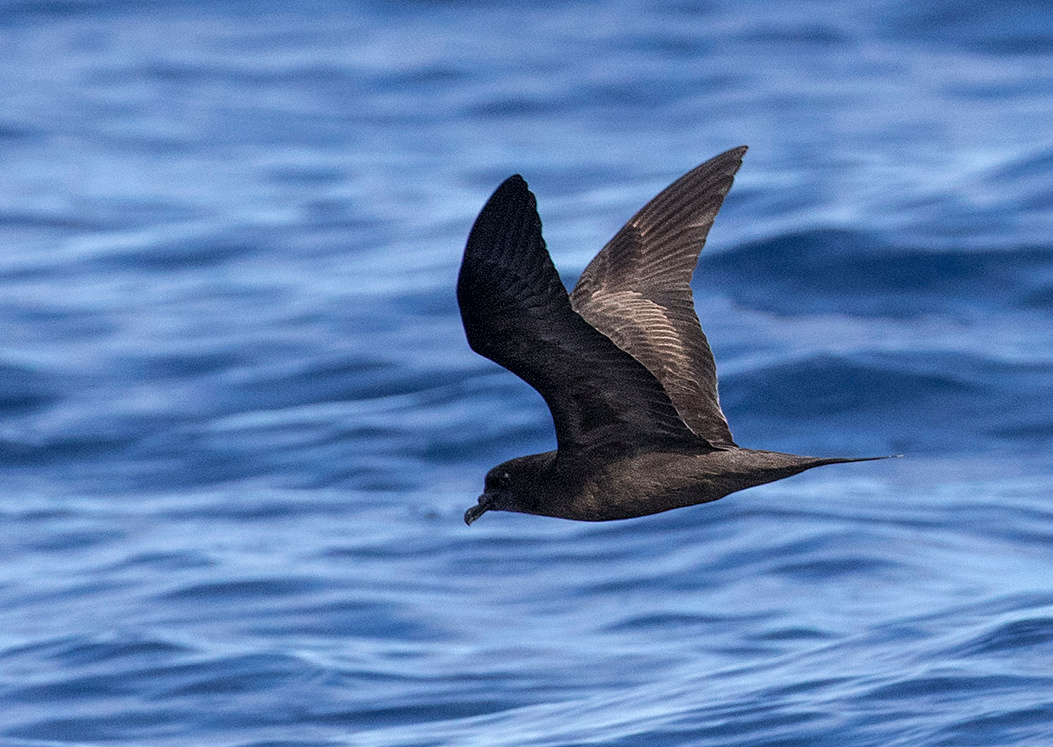